Turkey in the 1960s and 1970s was one of the biggest producers of film in the world. TV only slowly became a commodity in Turkish living rooms since the mid 70s, so cinema together with radio was the only mass media everyone could afford. Big open air cinemas all over the country showed several movies in a row and going to the cinema with the family had always something of a picnic.

The Turkish film industry “Yeşilçam” on the other hand, was both financially and structurally weak. There were no film schools, no laboratories for film negative development, the equipment was old and beaten up, the films were exposed to a harsh censorship board and working conditions were adventurous and often deadly.
Last but not least Turkish movies - in comparison to their European and American counterparts - were lacking the high gloss and polished imagery, something Yeşilçam just couldn`t produce.

With only a handful of screenwriters and directors, that had to cater to an always hungry domestic market, Yeşilçam strictly following the laws of profit tried to satisfy the demand by repeating the same pattern over and over.
The story of the poor boy and the wealthy girl, of the brothers, separated at birth or the farmers boy coming to the big city where a staple in Yeşilçam. Soon screenwriters had told the same story in a hundred ways and were hitting a dead end. But they had something up their sleeves…

With the help of basically non-existing copyright law, Yeşilçam filmmakers started producing remakes of European, American and Indian movies. But they not simply remade the movies scene by scene, they were using the movies’ soundtracks or even special effects scenes, if recreating them wasn`t an option in lack of budget. In doing that, those filmmakers became the forefathers of todays patchworking and sampling.

Of course they adapted plots and characters to the taste of the Turkish audience. What they lacked in equipment and budget they compensated through excessive use of manpower both behind and in front of the camera:
If Luke Skywalker hits one time, Turkish action hero Cüneyt Arkın hits a hundred times - and we know, he means it!

Sometimes bizarre versions of Superman, Zorro, Tarzan, Dracula, James Bond, Flash Gordon, Rambo, E.T and Star Wars, but also adaptions of movies like William Friedkin’s The Exorcist, Sam Peckinpah's The Strawdogs or Billy Wilder's Some Like It Hot, which is a remake itself.

In a period of time globally and locally defined by Cold War, student protests, uprisings and censorship, some Yeşilçam directors tried to close the gap between commercial productions and their own visions as artists.
But only a few like Metin Erksan or Yılmaz Güney managed to gain recognition and they paid the price for it.

Turkey saw the tragic climax of this development when in 2013, weeks before the Gezi protests started, Turkeys oldest movie theater, the famous Emek Cinema, located in Yeşilçam Street in Istanbul was torn down despite heavy protests - paving the way for a new shopping centre.

The lack of organization and structure inside the Yeşilçam industry led to a devastating neglect of this part of Turkish cultural heritage. Thousands of film negatives have been forever destroyed through fires and not having copies in archives, many sociocritical movies were confiscated and destroyed during the military regime. To this day, movies of filmmakers like Yılmaz Güney are not being shown in public television. And the few university archives can only do so much to curate the copies that have survived.

In Istanbul he met with directing legends, producers, actors and film scientists to capture a glance of the country's tumultuous history of movie making. Remake, Remix, Rip-Off took 7 years in making in which Kaya watched thousands of movies and conducted about a hundred interviews.

in Co Production with

Responsible according to § 5 TMG: Cem Kaya 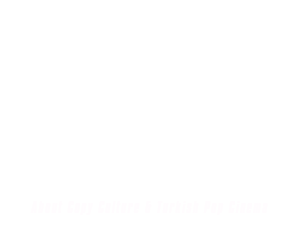 The author reserves the right not to be responsible for the topicality, correctness, completeness or quality of the information provided. Liability claims regarding damage caused by the use of any information provided, including any kind of information which is incomplete or incorrect,will therefore be rejected. All offers are not-binding and without obligation. Parts of the pages or the complete publication including all offers and information might be extended, changed or partly or completely deleted by the author without separate announcement.

The author is not responsible for any contents linked or referred to from his pages - unless he has full knowledge of illegal contents and would be able to prevent the visitors of his site fromviewing those pages. If any damage occurs by the use of information presented there, only the author of the respective pages might be liable, not the one who has linked to these pages. Furthermore the author is not liable for any postings or messages published by users of discussion boards, guestbooks or mailinglists provided on his page.

The author intended not to use any copyrighted material for the publication or, if not possible, to indicate the copyright of the respective object. The copyright for any material created by the author is reserved. Any duplication or use of objects such as images, diagrams, sounds or texts in other electronic or printed publications is not permitted without the author's agreement.

If the opportunity for the input of personal or business data (email addresses, name, addresses) is given, the input of these data takes place voluntarily. The use and payment of all offered services are permitted - if and so far technically possible and reasonable - without specification of any personal data or under specification of anonymized data or an alias. The use of published postal addresses, telephone or fax numbers and email addresses for marketing purposes is prohibited, offenders sending unwanted spam messages will be punished.

5. Legal validity of this disclaimer

This disclaimer is to be regarded as part of the internet publication which you were referred from. If sections or individual terms of this statement are not legal or correct, the content or validity of the other parts remain uninfluenced by this fact.